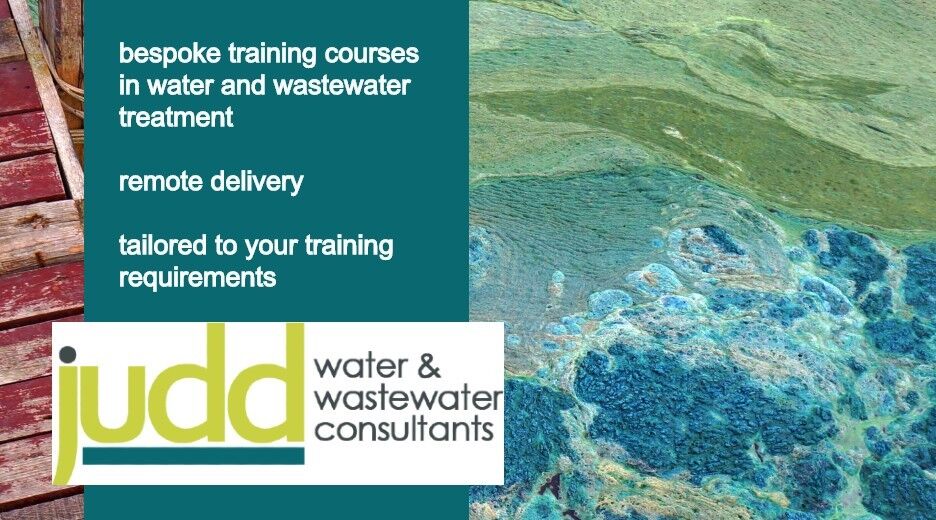 There are several common methods for the pasteurization of sludge (and other biomass types) at biogas production plants, including thermophilic anaerobic digestion (TAD) at 52 or 55 °C, at an exposure time of >24 or >8 h respectively. TAD offers a number of advantages over the more commonly employed mesophilic conditions, including increased degradation rates (and so shorter retention times), and reduced fluid viscosities (and thus a reduced agitation energy consumption). However, thermophilic operation also increases the risk of process instability associated with high free ammonia nitrogen (FAN) levels.

Treatment by TAD of dewatered sludge (i.e. “dry digestion”) can improve degradation and stabilise organic waste having a high total solids concentration (>15%), as well as demanding a lower reactor volume (and so less heating) than corresponding wet digestion systems. Also, the generated digestate has a lower water content and a higher nutrient concentration, making it more attractive as a fertilizer.

A 38L cylindrical, mechanically-stirred stainless steel PF reactor was used for the study, heated to a process temperature of 52°C using a water-filled jacket. The reactor was half-filled with fresh DDS from the full-scale Nykvarnsverket WwTP for inoculation. Substrate, i.e. DDS, was then collected on a daily basis from the full-scale plant directly after dewatering (Fig. 1) and fed to the reactor, which reached full capacity after approximately 30 days. The substrate total solids (TS) and volatile solids (VS) concentration was 27±5% and 64±5% (VS of TS) respectively at the average organic loading rate (OLR) of 6.1±2.4 kg VS/(m3.d). From Day 135 to 176, 10% of the digestate (TS: 23%±1.7%, VS: 59%±1.5%) was re-circulated to the inlet, together with fresh DDS, for continuous re-inoculation at an average retention time of 30 days, as confirmed by lithium tracing (Section 3).

Pasteurization was evaluated by analysis of the digestate for the pathogens Salmonella, Escherichia coli (>105 cfu/g w/w), Enterococcus (>105 cfu/g) and Ascaris suum eggs. These were added to the DDS feed to ensure a high level of pathogens at the reactor inlet.

Volumetric gas production from the PF reactor, along with its methane content, were monitored online. Sludge quality determinants recorded comprised TS and VS in the substrate and digestate, pH, volatile fatty acids (VFA), ammonium (NH4-N) (and so FAN NH3‑N through calculation according to equilibrium thermodynamics), the estimated raw protein content (based on the difference between Kjeldahl- and ammonium-nitrogen content), and the carbohydrate content. The solid-phase organic matter functional groups in the DDS and post-digestate samples were determined by CP-MAS NMR to establish the fate of protein-like materials.

The residual methane potential of both the untreated and digested DDS was evaluated through measuring the methane generated during anaerobic incubation at 30°C for 40 days. Finally, an energy balance was conducted to assess the difference in the calorific value (CV) of the biogas generated, measured experimentally, and the energy consumed by heating and agitating the sewage sludge:

1based on data acquired from the experimental simulation in the present study.
m = 9.97 kWh/Nm3 methane. n = kWh/m3 water.
No recirculation of heated sludge nor application of heat-exchangers on outgoing sludge considered.

Lithium ion hydraulic profile testing of the PF reactor indicated a normal distribution around day 30, indicating optimal plug flow at a 30 d solids retention time (SRT). During a start-up period of 54 days methane production was very low (10-15 mL/g VS) and the VFA concentration high (45 g/L) (Fig. 2). Following this period the VFA concentration decreased and methane production commensurately increased, peaking at 46 mL CH4/g VS, with a corresponding pH change from 7.8 during start-up to 8.4 from 108 days onwards (Fig. 3). The maximum methane production corresponded to ~6% of the total methane yield in the main reactors at the full-scale Nykvarnsverket plant. In comparison, dry digestion of dewatered, undigested sludge results in methane yield of 18-157 mL CH4/g VS.

The calculated protein content in the substrate and digestate was 82 and 55 g/kg TS, respectively, suggesting efficient protein degradation (Fig. 4). This was in line with the simultaneous stable-phase increase in the concentration of ammonium-nitrogen from ~18 to ~33 g/kg TS, a 183% increase compared with the fresh DDS. Thermophilic dry digestion of DDS using the PF reactor thus appeared to improve the degradation of proteins and amino acids compared with the full-scale mesophilic process, which was based on the continuously stirred tank reactor (CSTR) configuration.

The solid-phase organic matter CP-MAS NMR analysis indicated a shift towards the formation of carbonyl groups (C=O) in complex organic matrices, most likely originating from the protein content. Conversely, a lower intensity of protein-derived, carbonyl signals in CP-MAS NMR spectra from the digested DDS indicated protein removal by the high solid-digestion process. Hydrolysis of residual protein from the preceding full-scale mesophilic process is thus enhanced by the thermophilic high solid digestion process.

The ammonium level, in combination with high pH and the thermophilic process temperature, resulted in increased FAN levels from ~1 to ~2 g/kg on average during the stable phase (Fig. 3), significantly higher than the upper threshold of 1.0-1.1 g/L beyond which process failure is often assumed. It therefore appears that dry digestion using a PF reactor may be tolerant to ammonia levels higher than those at which methanogenic inhibition would be expected to arise in CSTR systems.

Despite the stable operating conditions, VFA levels were higher in the digestate than in the substrate indicating inhibition. Contrary to the observed decreased DSS protein content following digestion, the relative concentrations of carbohydrate monomers and cellulose were higher in the effluent compared to the feed DDS.

Pasteurization was verified with reference to Enterococcus, E.coli, phages, and Salmonella, which were below the limit of detection in the treated sludge despite the feed DDS being spiked with >105 cfu/g of E. coli and Enterococcus. Ascaris suum eggs were found not to grow when incubated following dry digestion, presumably due to their inactivation by a combination of the high operating temperature and ammonia levels.

The residual methane potential (RMP) indicated values of <0.05 m3 CH4/ton for the digestate following dry digestion compared to 0.94-1.25 m3 CH4/ton (w/w) for the untreated DDS (Table 1). Thermophilic digestion of the DDS thus resulted in a >96% reduction in its RMP, despite the digested DDS containing high levels of readily degradable organic material (i.e. 136 g/kg sugars and 22-29 g/L VFA). Methanogenic degradation of these compounds may have been hampered by the extremely high ammonia-nitrogen concentration inhibiting microbial activity. This result is encouraging, since methane is a 34-fold more potent greenhouse gas than carbon dioxide, such that the global warming potential (GWP) of the sludge was effectively reduced from 28 ton CO2eq for the DDS down to 0.6 ton CO2eq for the digestate by the dry digestion process.

The digestate from the full-scale Nykvarnsverket WwTP mesophilic process has a temperature of 38°C, decreasing to ~30°C following dewatering. To reach the required temperature of 52°C for dry digestion a temperature increase of more than 22°C is needed. The estimated energy associated with this, without considering the recovery of heat from the discharged digestate, can be calculated as 25 kWh/ton DDS. This can then be offset by the CV of the biogas, equating to ~80 kWh/ton of DDS. The energy consumed by stirring and pumping is estimated to be ~210 MWh/year for the full-scale plant, corresponding to 21 kWh/ton DDS. The net energy benefit for the pasteurization using dry digestion is therefore around 34 kWh per ton DDS, or 340 MWh/year for a 10,000 ton DDS/year installation (based on the output from Nykvarnsverket WwTP).

The pilot-scale experiment clearly demonstrated that thermophilic high solid digestion of dewatered digested sludge (DDS) from a full-scale WwTP provides good sanitization combined with increased biogas production, yielding a net production of energy. The specific methane production was 46 mL CH4/g VS, corresponding to a 6% increase compared with that of the full-scale plant at Nykvarnsverket WwTP. Moreover, the resulting digestate had a low residual biomethane potential, most likely to be attributable to a very high degradation efficiency of the protein fraction of the DDS. The degradation of protein resulted in high ammonium concentrations, adding value to the digestate as a potential fertilizer, which exceeded levels reported as being inhibitory. Despite these apparently inhibitory ammonia levels, the process was nonetheless sustainable with stable methane production following an initial start-up period of around 100 days. Overall, these results suggest that thermophilic plug-flow dry digestion of DDS can meet the requirement for sludge pasteurization, and simultaneously produce energy and reduce the risk of methane emissions from the treated sludge. 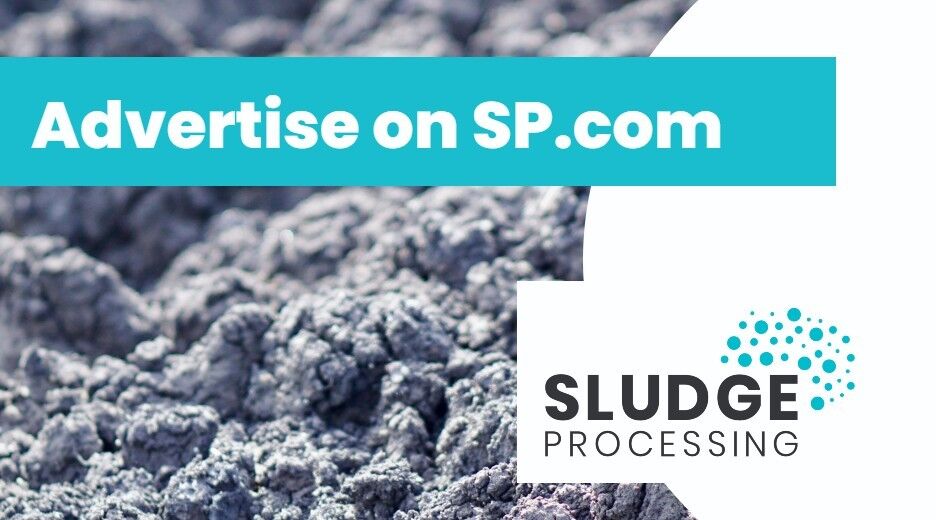 This article is taken from: